When beautiful Mary (Ava Gardner) returns home to her "whistle stop" home town, long-standing feelings of animosity between two of her old boyfriends leads to robbery and murder.

Reviewer: Haxo Angmark - favorite - January 31, 2021
Subject: Haxo warns you....
impossible to take little pudge Geo Raft seriously as a TG....he ruins nearly every pic he's in. Ava Gardner would chew him up, laugh, and spit him out. To do a flick with him she really musta needed the $$$.
Reviewer: DavidGarf - favoritefavoritefavorite - January 15, 2020
Subject: Mediocre
Hardly a classic noir!

George Raft's hay day was in the early 1930's. He was one of a few big stars to have talked himself down to third rate non identity roles, refusing as he did to make a number of films that became well loved eternal classics such as Casablanca.

What little impetus this has is due to the input from the great Victor Maclagan, the lovely Ava yet to find her full screen confidence which in 1946 was not that far off!

Tom Conway providing a relatively believable antagonist. Pity Tom Conway could not stay off the bottle as he did have a screen presence potential.

Plot was rather wishywashy but held up due to the efforts of the supporting players.

Definitely not deserving of a Noir classification.
Reviewer: janetandtina - favorite - August 22, 2014
Subject: Country Corn
Ava is totally unbelievable as the country hick wannabe, and why would anybody want George Raft? He is his typical wooden self with eyeliner. It drags and then has a lackluster ending, you expect to hear angels singing in heaven at the end.
Reviewer: captpete79 - favoritefavoritefavoritefavorite - November 4, 2013
Subject: Ava Gardner could make little Bo Peep sexy
Without Ava, a complete waste. She puts heat in every movie she played in. What a sexy lady!!!
Reviewer: JesusBuddy - favoritefavoritefavoritefavoritefavorite - May 6, 2011
Subject: Great Movie
Hope that everyone can have the heart of Kenny's friend [without the corruption of stealing/murder]. Sacrificing himself to free Kenny and to unite him and Mary are great attributes of a great person. That's true love. Nevetheless, we can You can’t depend on gambling as a way of expecting riches. Take from me---start little and it comes drop by drop. Like a tiny, leaking faucet, whose tiny drop does not amount to much, the tub or bucked gets filled up if you let it stay under the faucet for one or more days. Start little, wait and persevere and you will become rich. Do not make the horrible mistake that have ruined most people, expecting a big bang in one day. It hurts badly and only God in Christ can rescue you from its horrible consequences. If you have fallen into this kind of trap, first get Jesus, then fast and pray for mercy and rescue from God.
Reviewer: keygrip - favoritefavorite - May 9, 2010
Subject: Up to Raft's standards
Geoge Raft was always at the bottom of my list of film noir leading men. With a few exceptions,most of his films were instantly forgetable and this is one of them.
The presence of Victor McClaglen is the film's only saving grace.
Reviewer: doowopbob - favorite - December 28, 2009
Subject: Ecch....
I Never Thought Much Of Ava,As An Actress, But Barefoot Contessa With Bogie Her Best Role. She Married "Little Willie" Mickey Rooney Before "Long John" Sinatra Got His Grubbies On Her.....Men Ruined Her Career & Life..Just Like Rita Hayworth..!
Reviewer: DJ Psychomike - favoritefavoritefavorite - September 7, 2009
Subject: Ava Gets 3 Stars For Being Stunning
This is a failed film noir. The film lacks pacing, George Raft is not believable and too old for the role, there is no real tension in the film.

But man Ava Gardner is absolutely atunning. You can see why so many men went nuts for her (including Sinatra). Every time she comes on screen its worth watching.
Reviewer: slugs and urchins - favoritefavoritefavoritefavorite - August 18, 2008
Subject: Wolf-whistle
This was a very entertaining and very well done film. The main problem was why Mary would actually want Kenny. But just ignore that and watch it. All the acting was better than usual and it has some good twists to it. Five stars to the actors and actresses. 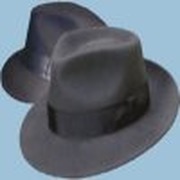